Welcome to Resident Evil: Grim Beginnings - an unfinished, yet fully playable, solo developed, Game Boy demake of the original Resident Evil. The game was developed over an extended stay when I was stranded across seas during the height of the Pandemic. Not knowing when the flight embargo were going to be lifted, I worked on this project as a way to keep myself sane and creatively engaged. What started as a simple toy-around with the GB Studio seeing if I could recreate a room or two with some zombies slowly expanded into an attempt to fully recreate the original game.

But, the flight embargo lifted as the game was only 90% complete, life got in the way and I never got around to finishing up the rest. It has been sitting on a shelf collecting dust for the past year and a half, which never sat right with me. I decided to release the game as it currently stands and offer some comments down below explaining all that is missing, glitched or otherwise.

This project was my first time making any sort of video game. A few notes:

-The main thing that you will notice about the game is that there is no background music or sound effects for the vast majority of the game. This was to be the last thing I incorporated into the game but I did not get a chance to complete it.

-The game is faithful to the original but I did infuse this version with my own irreverent humor and selected to alter things to make the tone more comical.

-The game covers the first mansion segment of the original game and ends when you have collected all the mansion masks.

-The Merchant offers all the mansion keys if you wanted to explore the mansion without limits.

-You can only play as Jill (costume switching available)

-The game was developed with an early build of GB Studio where limited colors were available. I would have used more than two colors if it were possible.

-Zombies do not move outside of combat due to software limitations at the time of development.

-An opening story prelude prior to the helicopter crash akin to the 2002 remake. (This was almost complete but I lost the files)

-All background music and sound effect. (Any music and SFX in this build are temporary placeholders and some music does not end when intended thus bleeding into the next scene)

-Story scene with Chris stuck up the tree outside the mansion.

-Some inventory items have no text boxes when viewing/ inspecting them.

-Puzzle in the Crow hallway.

-Story scene with Wesker introducing the birthday party after collecting all the Masks.

-Hunter enemies in mansion. (you can fight one Hunter in the Mansion Library)

-Some music will flow over to the next scene and continue indefinitely or until another music cue is activated.

-There is a debug space in the bottom left corner of the helicopter opening which skips all story scenes leading up to the mansion. (It also skips the combat tutorial)

-Some symbols are incorrect in text boxes such as: #,&,+,* etc. and are displayed as random red letters. If you see 'enemy speed h1' it is supposed to read 'enemy speed +1', for example.

-Player can get stuck when lighting the Warp Point in the mask room when done so from the top. (you can use the Warp Point to travel to unstick yourself if you have another one lit)

-Player can get softlocked if box spawns on player location in Zora Mask room.

-Any non-headshot on a Web Spinner is also a critical hit and causes the bonus round.

Thank you! That's a big compliment

I think the graphics are fine. In the case of dialogues, I would set it so that it does not write out the text continuously, but appears immediately, so that it would not appear that you are drawing the avatars of the characters from a character set.Nice work!

Thank you for playing! I think you are right about the dialogue boxes. Thanks for the idea.

I really wanted to like this. The graphics are fantastic achievement! however I could not deal with the absolutely cringe, childish, stupid dialogue. I had to stop playing before I even entered the mansion because the dialogue was so insipidly pointless and repellant. It’s not cute or funny or witty. You had a good thing going and you ran it into the ground for bottom-of-the-barrel reddit “humour”.

perhaps someone will mod it someday and replace the script with something that isn’t puerile and asinine, I’d play that.

Thanks for the feedback. The comedy style was a choice to make it more distinctive over the original by leaning more towards horror-comedy.

I knew that some players would think the opening dragged a little, so I included the option to skip the opening section via interacting with Barry. You will find that the dialogue is minimal for the remainder of the game.

(You can even skip straight to roaming around the mansion by using a debug space next to Barry.)

I even made cover art to match yours! Even though yours is way better. I'm a die hard RE fan, so I love seeing fangames and remakes like yours! 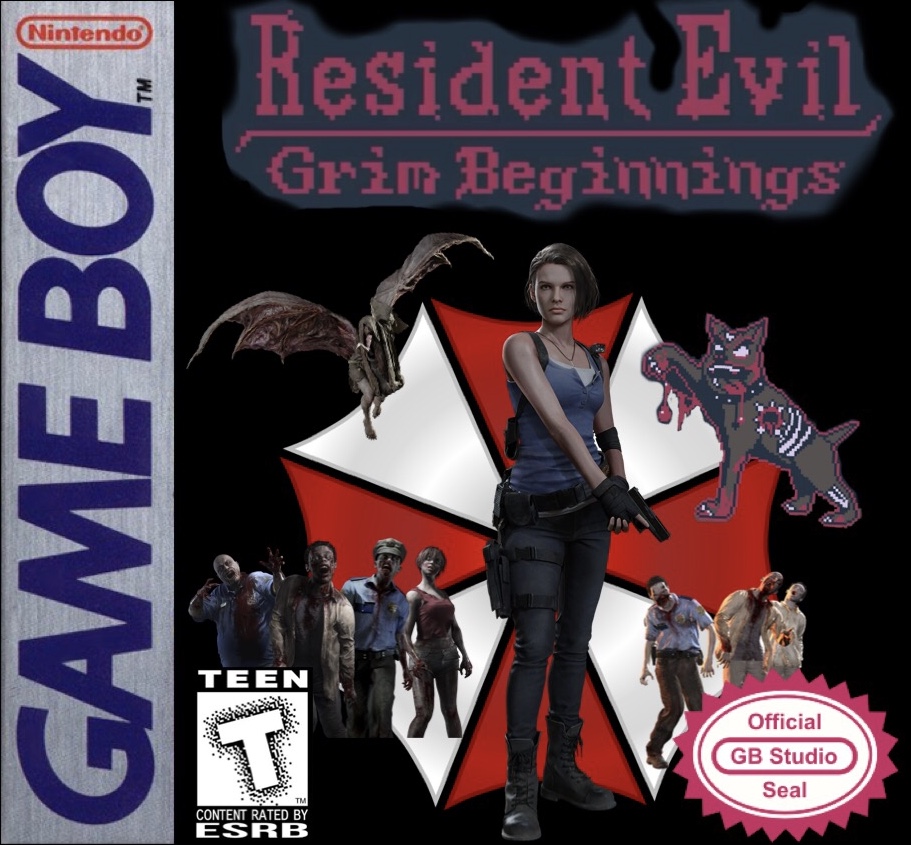 Wow! Thank you so much for taking the time to make this box art, I really love how you put it all together! It looks like an official release :)

Hi there! First off, I want to thank you for an absolutely incredible game! I know the music isn't there, but that's a small price to pay for nearly 2 hours of fun! If you touch up on it or not, I would love for you to hop in my live stream, or check out our fb group based on rom hacks and fangames. I posted your game in there, and they went bonkers! I would be honored if you were to join! or at the very least join the stream :)

Thank you so much Ricky for checking out the game and your nice words! I was very trepidations of how this demake would be received -not knowing if the humor would land or if it would be enjoyable to play - and hearing such praise is very humbling and inspiring. I would love to join your stream or jump in your Facebook group if you wanted to DM me your details. :)

What a bunch of pranksters lol

Hi guys,thank for checking out my game! The best way to play is using the FREE Game Boy Rom download. This version has a few bug fixes and additional content - such as: Updated text boxes, more dialogue, and a few sprite upgrades. Ty!

Hello, can you allow to download the game, please?

Hi yamihoon. You can now download the ROM file. Thanks! 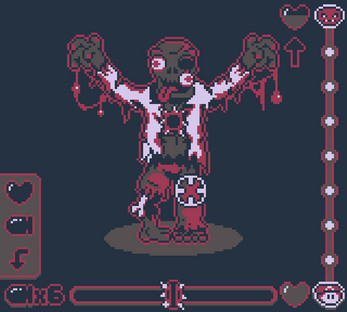 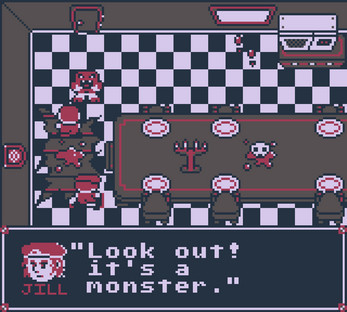 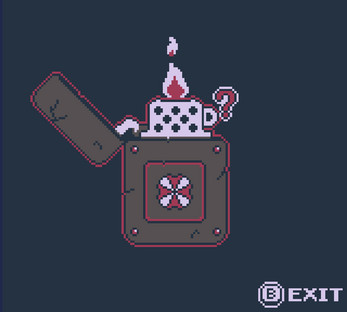 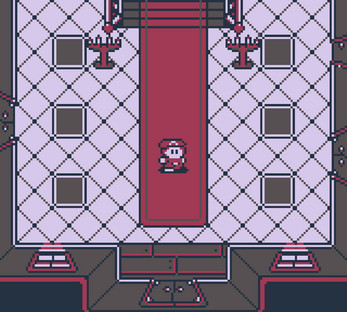 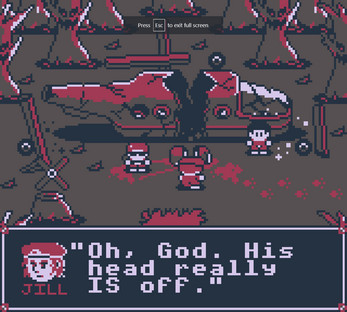 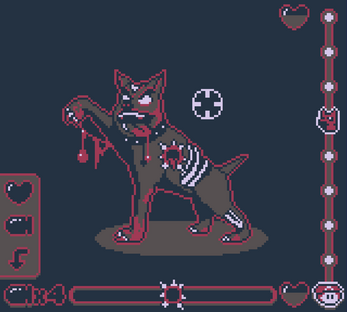 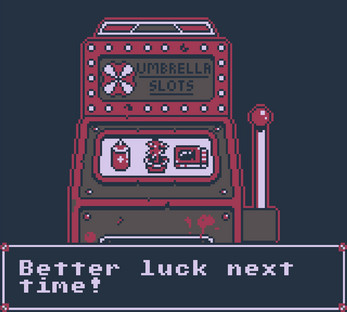 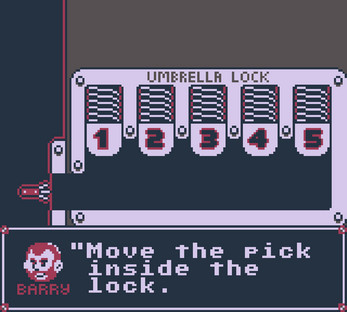 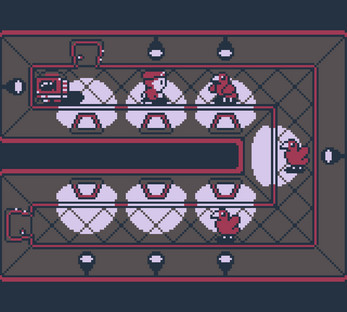 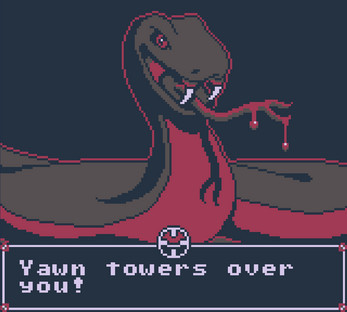 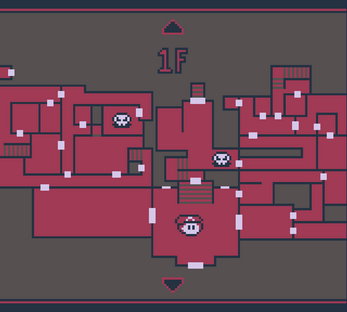